The forest is entranced

by Winter the Magician. Under velvet snow it’s mute, immobile, glistening wondrously with life, standing enchanted, neither dead nor alive, entranced by a magic dream, entirely covered, fettered by light links of snow. Should winter’s sun cast a sudden flare glancing across its summits, not a thing will shiver in it. It will sparkle and flame and be blindingly fair!

To travel to the depths of Russia has been an absolute dream of mine for years. My parents took me to Russia at the age of 2 and though I don’t really remember it, I grew up with tales of the mysterious landscape and wonderful people. Even in 1992, when most people in Russia had nothing, my mother recalls people coming up to me and giving me sweets and presents – even the guards at the Kremlin.

This trip there were no sweets – unfortunately I seem to have lost my chubby cheeks and baby bear jumper, and with it my ability to con lollies from strangers. However there was plenty of other delicacies to be had; tea infused with winter berries, rich potato and beetroot salad, crusty dark rye bread and hearty cabbage soup. Somehow food is always more delicious in winter and especially on our first few days, when we went skiing high in the mountain Taiga, to come back to our ski lodge and tuck into a hearty feast was pure magic. The mountains in Siberia were covered in snow that had sprinkled onto the trees like a christmas cake. Other plants were frozen solid in the -7 degree temperatures and shone like Swarovski ornaments. 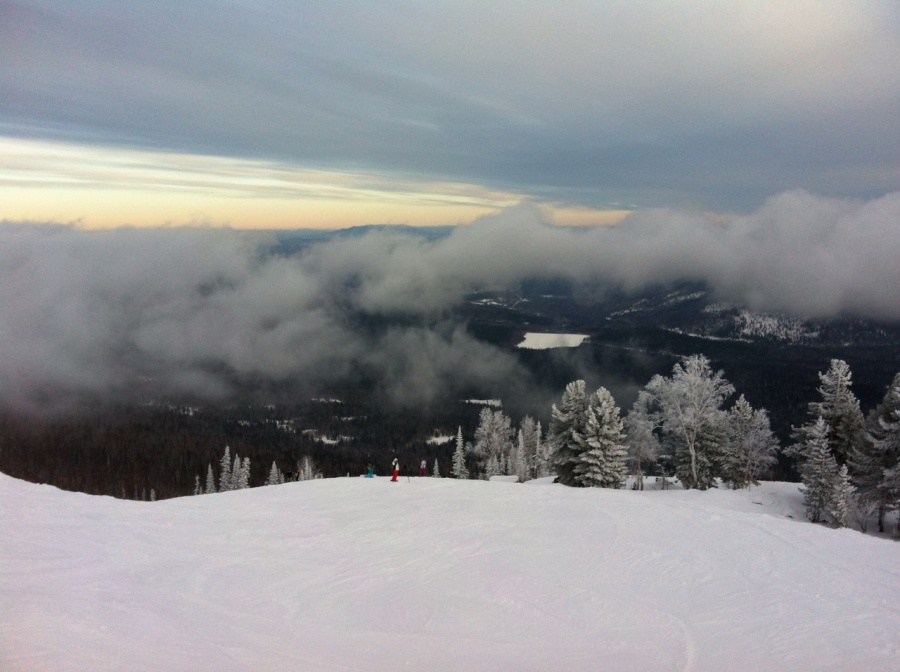 I was traveling with Tatiana, a wonderful friend of mine, and her parents, and I couldn’t have asked for more kind, generous and giving hosts to introduce me to Russia. In fact everyone I met in Siberia we so friendly. I am studying Russian an university and they were very patient as I practiced on them, smiling encouragingly as a stumbled over words and mixed up grammatical cases all over the place. I saw sides of Siberia I never would have without them.